After World War II America and Russia entered into the Cold War era. Things were already very tense, when in 1957, the Russians launched the world’s first satellite, thus placing the first man made object into Earth’s orbit. Named Sputnik, it’s launch came as an unpleasant surprise to most Americans who traditionally did not like being second in anything!

Space was seen as the next frontier that Americans wanted to conquer! Hence the Space Race between the US and Russia was born! Even little American boys and girls wanted to beat Russia at this game!

When President Kennedy said that we would put a man on the moon by the end of the 1960s, Americans were launched even more into this new era of space toys, atomic design, and Santa Claus in rocket ships!

Yes, gone was the sleigh and the reindeer! (Even Rudolph!) All Santa needed to get to those chimneys was a well designed spacecraft and some rocket fuel. 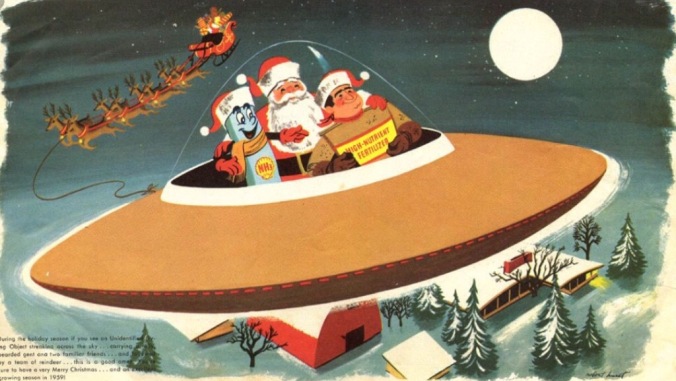 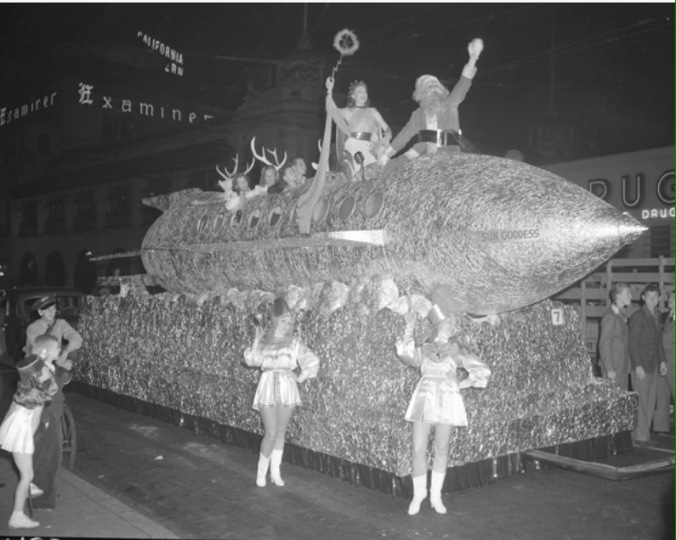 After a couple short decades of being in space Santa got his reindeer back (even Rudolph!) and now we see him in his more traditional sleigh delivering merriment wherever he goes! But those cute space age Santa images sure were a lot of fun weren’t they! 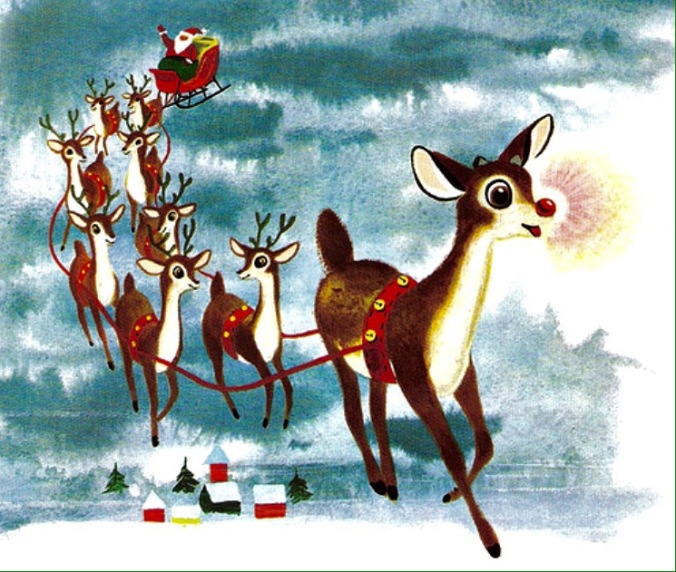