Valentine’s Day is approaching fast. What better time to delve into the story of “sweetheart jewelry?”

Sweetheart jewelry first became popular during World War I. Wives, mothers, sisters and sweethearts waited back home while the men were fighting overseas. This sentimental jewelry was one of many things that soldiers either made or purchased, along with pillowcase covers, handkerchiefs, compacts, etc.

A lovely “V For Victory” collection 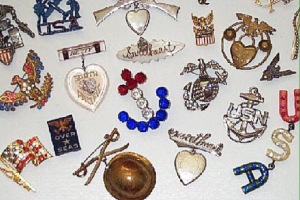 War time rationing of material resulted in plain clothing with little embellishment. Pinning a brooch on a lapel or wearing a necklace with a heart or heart-shaped locket gave the wearer a bit of decoration as well as showing off her patriotism. In the case of a wife or “intended” it showed that she was “taken.” But most importantly, it served as a remembrance of what her sweetheart, brother, father or son was sacrificing while he was away. 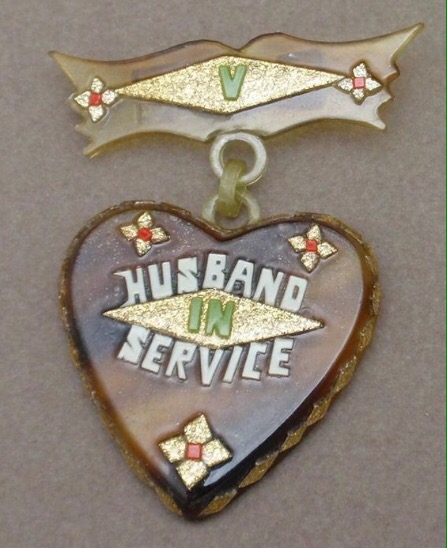 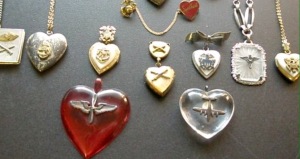 A lot of these pieces were made in the shape of patriotic symbols; the flag and the American eagle were very popular. Several of the costume jewelry manufacturers of the time, including Trifari and Coro, made them. 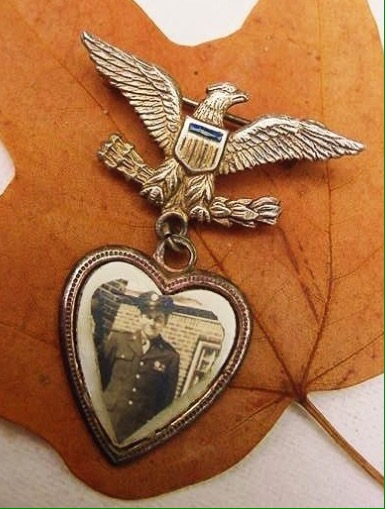 A rare piece with a vintage photo

The making of this jewelry pretty much ended after World War II. Collecting it is a very popular pastime and the value of some of the vintage pieces can be quite high. If you’re ever lucky enough to hold a piece of sweetheart jewelry in your hand perhaps you will feel the sentiment behind it. It’s more than just jewelry. It’s a sweet little piece of history. 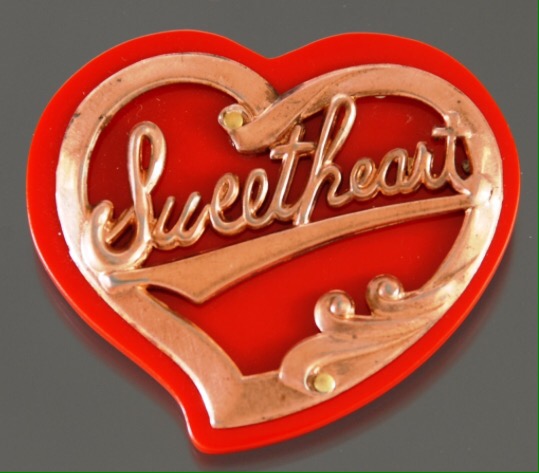