I’ve been in the antique business for over 35 years but it wasn’t until a couple years ago that I learned about the elusive and mysterious “lover’s eye.” With Valentine’s Day around the corner it seems like this is a good time to look into them. Pun intended LOL 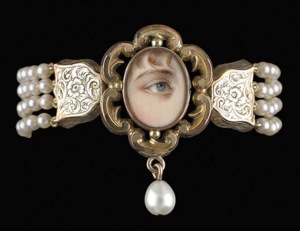 The lovers eye is a miniature painting of your significant others eye usually encased in a small piece of jewelry. A hat pin, a brooch, a pendant, a ring, a tie pin, etc. Sometimes a small lover’s eye bracelet would be braided out of your loved one’s hair. They have also been discovered in tiny boxes that could be carried in one’s pocket.

The jury is still out as to their origin. Was it in the 1700’s in France or, as most historians seem to believe, did they originate with a scandalous affair of the soon to be crowned King George IV of England?

That’s right, the then Prince of Wales, later crowned King George IV, and a widowed Catholic commoner named Maria Fitzherbert were in love. But, she was Catholic, older, and had been married before so she would not be acceptable at that time in history. My stars! Despite disapproval from the court, it is said that they wed in secret, and in 1785 commissioned tiny portraits of their eyes as discreet and intimate tokens of affection. 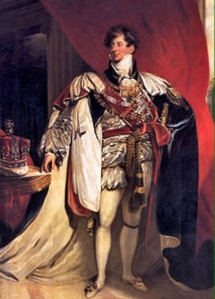 The Prince of Wales – who wouldn’t fall for this handsome fella?

Once their story leaked to the public, lover’s eyes became popular among the privileged classes. These expensive little gems were commissioned by lovers as well as family members … mother to daughter, father to son, etc. 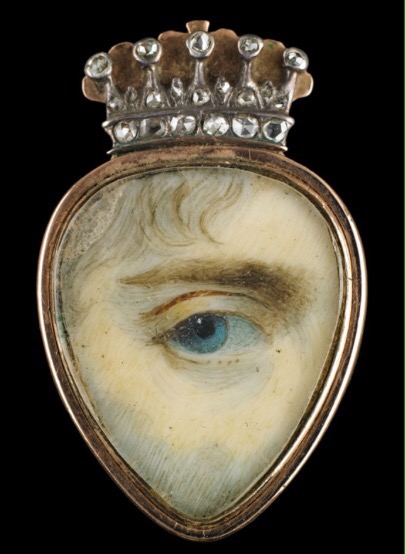 The fad mostly died out in the 1830’s. However, it is known that, for example, Queen Victoria commissioned several of them during her reign. Experts in the field believe that fewer than 1,000 of these original “miniature eyes” are still in existence today. There are contemporary artists making them so if you are lucky enough to find one be sure to check for signs of age. 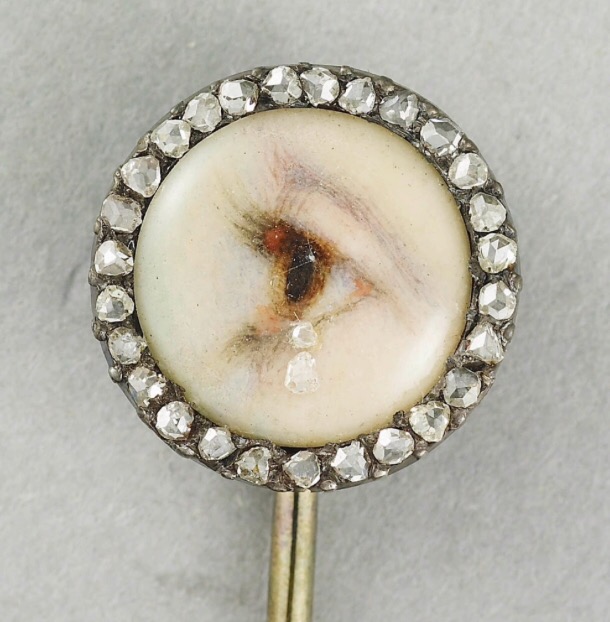