The trickster, mankind’s older brother, the creator, the desert fox, the prairie wolf, child of the moon. Today most know him as the coyote. When the moon is full, he cries to his mother, the moon. Raising his voice in a howl. Mysterious and full of sadness.

Howling at the moon

Perhaps it is this mysterious plaintive wail that has inspired humans to incorporate the coyote into so many legends and works of art. A Tohono O’odham myth has the coyote helping their heroic god, Montezuma, survive a global deluge that destroys humanity. After humanity is restored, the coyote and Montezuma teach people how to live. In Navajo mythology, the coyote was present in the First World with First Man and First Woman. This Navajo coyote brings death into the world, explaining that without death, too many people would exist and there would be no room to plant corn. In Aztec mythology, the “old coyote,” the god of dance and music, is depicted as a man with a coyote’s head. 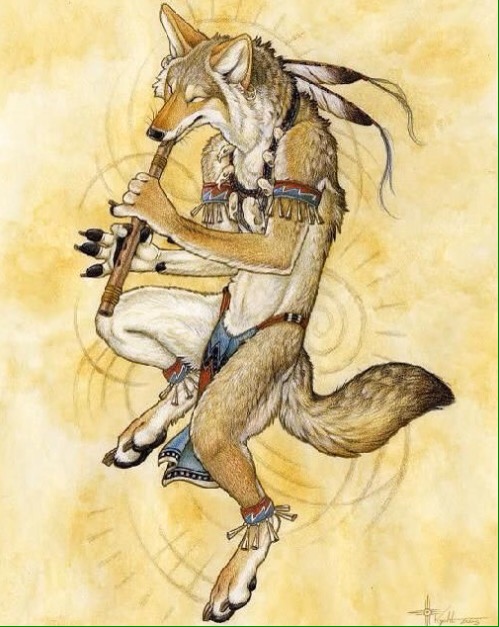 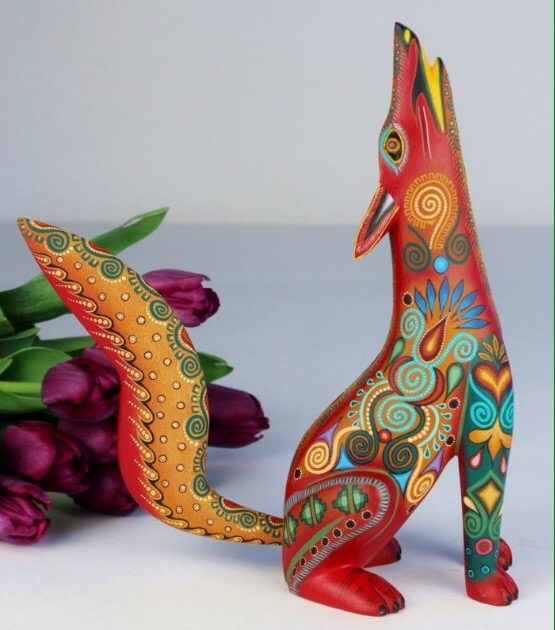 You can find the coyote in paintings, vintage advertising pieces, figurines, tiles, jewelry, yard art, etc. In the 19th century, John James Audubon recorded his image of the coyote, calling him the “prairie wolf.” And of course, we can’t forget about the poor hapless Wile E. Coyote! Will he ever catch that darn Road Runner!

The coyote in advertising

If you want to build or add to your coyote collection, come on into The Mercantile. We have so many interesting treasures. There’s bound to be a coyote or two. And if you’re very quiet you might even hear him howling at the moon.