Is mistletoe naughty or nice? In 1952 the lyrics to a popular Christmas tune were “I saw mommy kissing Santa Claus underneath the mistletoe last night.” It may very well have been daddy in costume, but, if not, that would make mistletoe very naughty indeed. 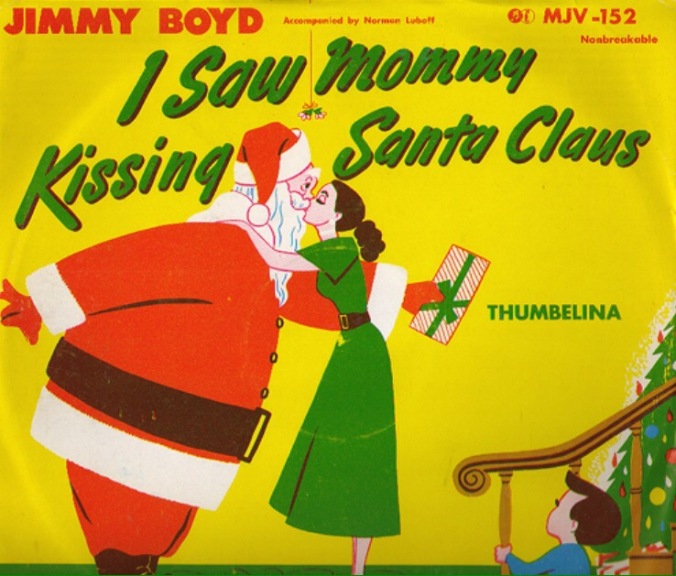 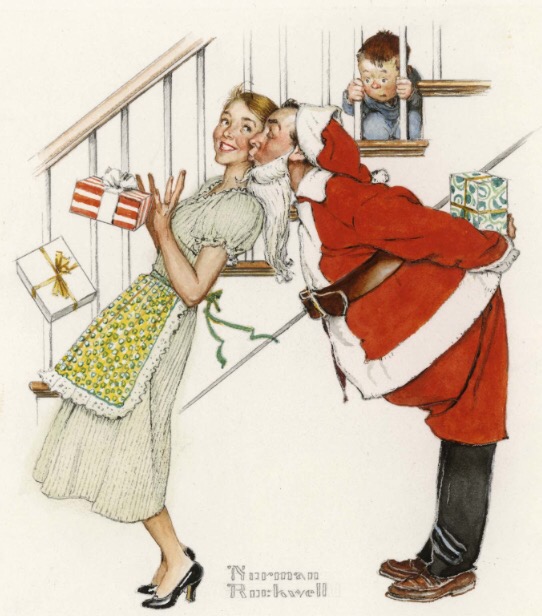 Norman Rockwell’s take on mommy (getting kissed) by Santa Claus!

Kissing under mistletoe is a long holiday tradition. But, the plant’s history as a symbolic herb dates back thousands of years. Many ancient cultures prized mistletoe for its healing properties. The Greeks and Romans were known to use it as a cure for many ailments. 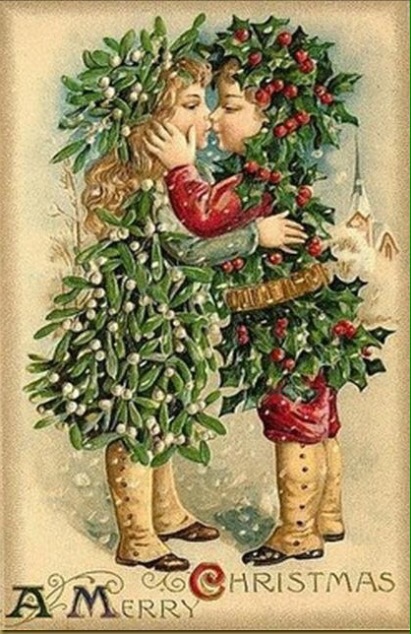 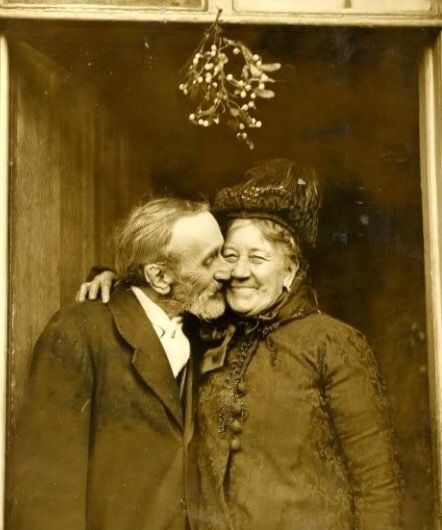 Mistletoe’s romantic overtones most likely started with the Celtic Druids of the 1st century A.D. Because it could blossom even during the frozen winter, the Druids came to view it as a sacred symbol of vitality. They gave it to humans and animals alike in the hope of restoring fertility. 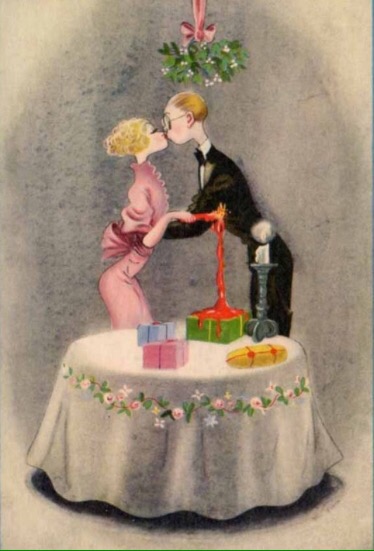 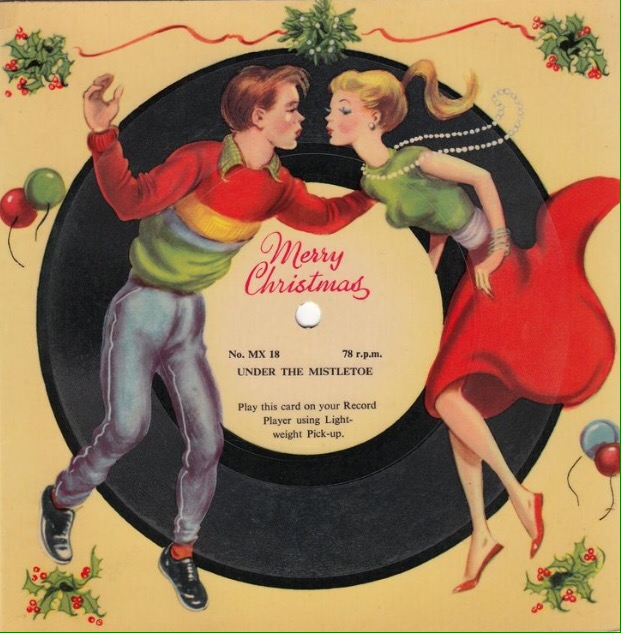 Mistletoe’s associations with fertility and vitality continued through the Middle Ages. In the 18th century it had become widely incorporated into Christmas celebrations. Just how it made the jump from sacred herb to holiday decoration remains up for debate, but the kissing tradition appears to have first caught on among servants in England before spreading to the middle classes. As part of the early custom, men were allowed to steal a kiss from any woman caught standing under the mistletoe. Refusing a kiss was viewed as bad luck. Another tradition instructed folks to pluck a single berry from the mistletoe with each kiss, and to stop smooching once they were all gone. 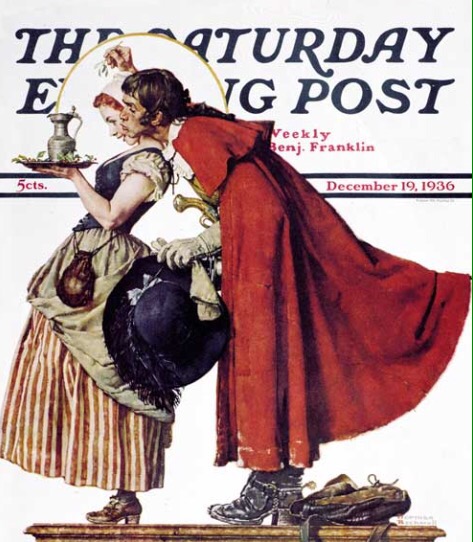 Another Norman Rockwell with a mistletoe theme 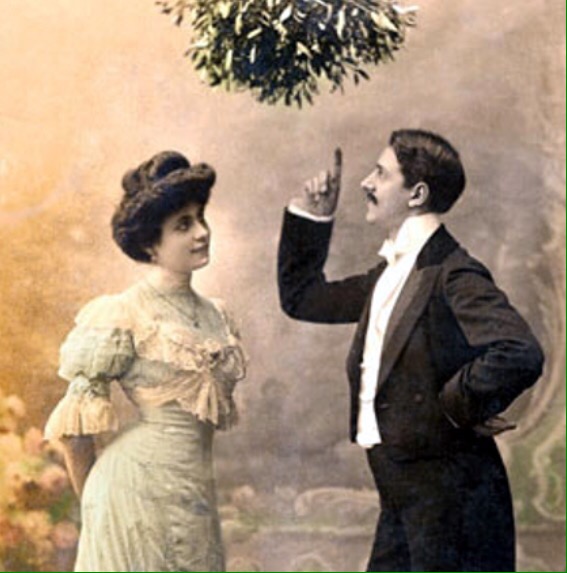 “Plenty of berries left on this one, my dear”

As Frank Sinatra sang, “Oh by gosh by jolly, it’s time for mistletoe and holly, tasty pheasants, Christmas presents, countrysides covered with snow.” So, mistletoe. Naughty or nice? Who knows? What I do know is, it’s a fun tradition, full of history and a bit of mystery! Happy Holidays from The Mercantile! 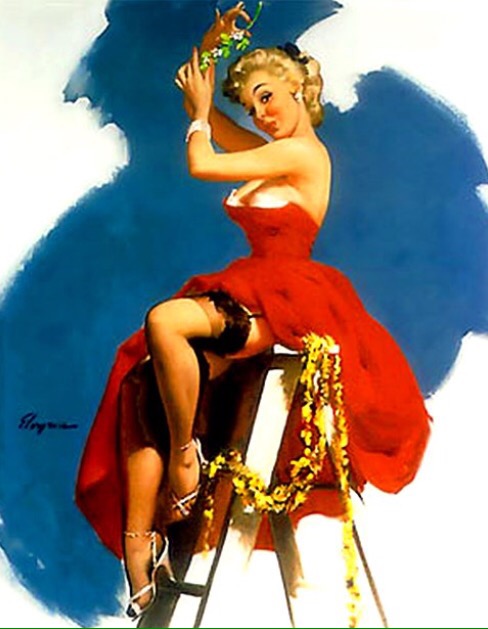