First making its appearance in the 1930s, Hollywood Regency is marked by over the top glam. It was inspired by Hollywood’s Golden Era, as actors and actresses seized the opportunity to make their homes reflections of their fashionable lifestyles. Similar to Art Deco, Hollywood Regency is a much more eclectic style. It was used by interior designers who strove to create theatrical environments. The style was refined by interior designers like Dorothy Draper and William Haines. 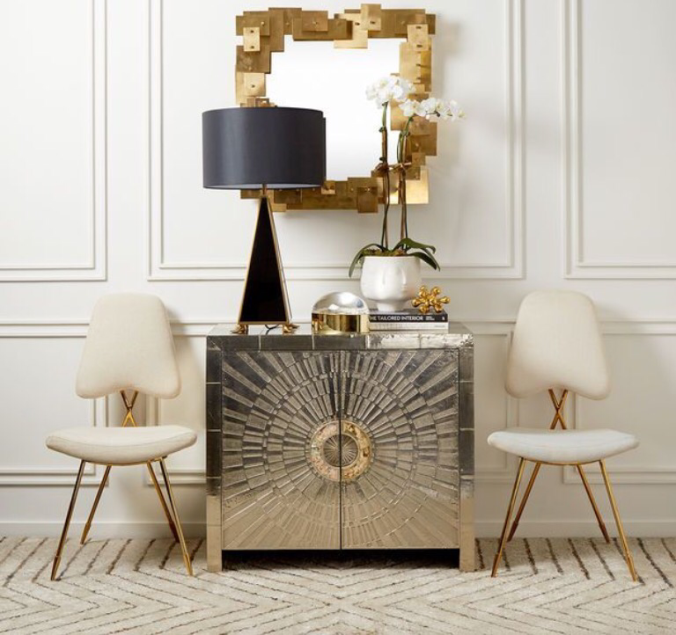 There’s never a dull moment with Hollywood Regency. Bold colors take over while simultaneously maintaining a sense of balance. In other words, color, but only one or two choices. Some color favorites include turquoise, yellow and orange. And don’t forget the base of black and white or gray. Metallic accents and mirrored furniture add to the fun. Hollywood Regency is also characterized by an element of fantasy, through things like palm fronds, Italian pottery, bamboo, animal prints and big bold figurines. 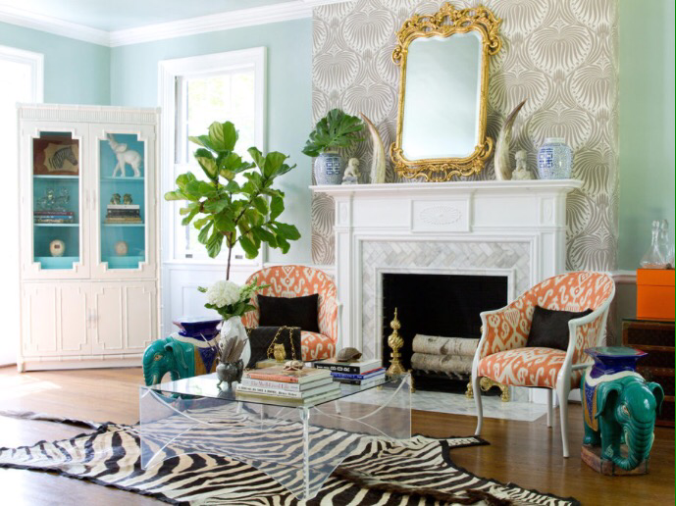 Sputnik chandeliers are more commonly associated with Mid-Century Modern, but these so-called “permanent fireworks” were also used to make a glamorous statement in Hollywood Regency interiors.