I recently found this little old painting of indian ponies. 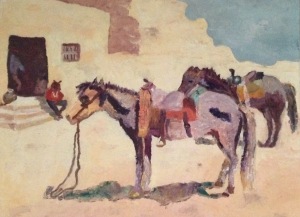 It immediately made me think of the famous American artist and long-ago Tucson resident, Maynard Dixon.  He spent his winters here.  And he died here.  But he was much more than a winter visitor.  I think whoever painted these ponies might have been inspired by his work. Now I didn’t pay much for my modest little work of art, but a 1941 Arizona painting by Dixon, shown below, and titled, The Coming Storm, sold for $520,000 in 2011. 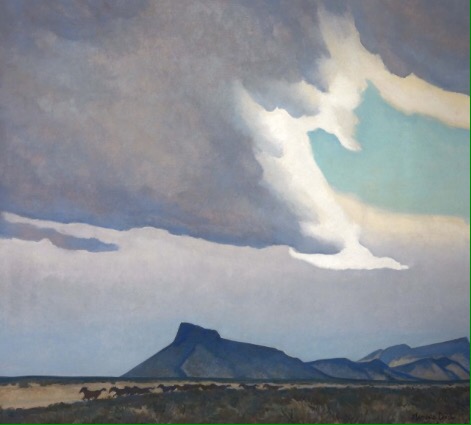 Maynard Dixon was born in 1875 in Fresno, California. He grew up in the midst of some interesting characters – his aristocratic Confederate family, mountain men, and vaqueros. He started sketching at the age of seven and at a very young age he sent Frederic Remington two of his sketchbooks. Receiving encouragement from Remington, he decided to become a professional artist. Early on he accepted numerous illustration jobs. He got work from several San Francisco newspapers, etc. 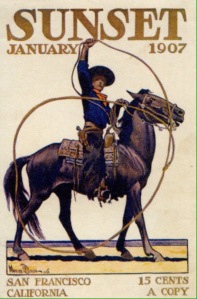 Dixon went to work for the San Francisco Examiner in 1899. His reputation as an illustrator grew and soon he was working as a free lance artist for many publications including Harper’s Weekly, Sunset Magazine, etc.

Soon Dixon decided to find “the real west.” He traveled to New Mexico, Arizona and Utah. Here he worked as a wrangler, studied the daily doings of a cowboy, inhaled the stark beauty of the desert southwest, and became sympathetic and wonderfully observant of the lives of native Americans. 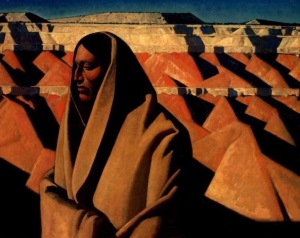 This sojourn to the West in 1912 was prompted by a desire to portray the realistic West he knew was there, rather than the mythic West the New York illustrators wanted him to portray. At this point he gave up illustration. 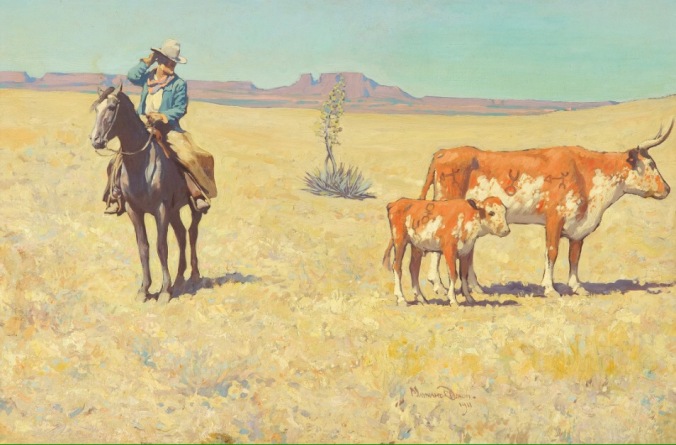 From 1912 on, Dixon was recognized as a painter. Meeting and marrying Dorothea Lange, the famous American photographer, had a great influence on his art. They married in 1920 and by 1925 his style had changed dramatically to even more powerful compositions, with the emphasis on shape and color. A true modernist was born. His low horizons and cloud formations, mysteriously simplified, became his trademark.

Known not only for his composition, his use of our desert colors is unparalleled, as in this New Mexico painting.

Dixon’s second wife was the San Francisco muralist, Edith Hamlin. In 1939, the couple built a summer home in Mount Carmel, Utah near a stand of cottonwood trees. They spent the colder months here in Tucson, where they also had a home and studio. It was here in Tucson that he created some of his most stunning landscapes.
In 1946, Maynard died at his winter home in Tucson. In the spring of 1947, his widow Edith brought his ashes to Mount Carmel where she buried them on a high bluff. 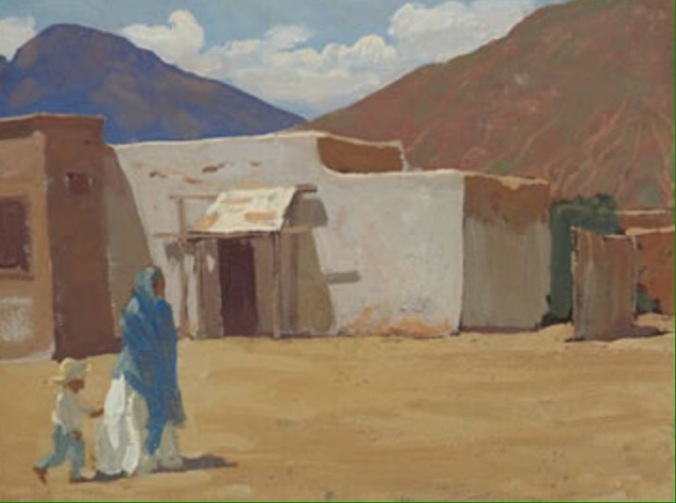 If you are a dealer keep an eye out for works by Dixon. After all, he lived here. He painted here. He died here. Certainly his art is here.