Even though the prices are down on a lot of antiques there are still some things that sell for a lot of money. Cast iron toys and banks are a good example of this. Excellent authentic pieces of cast iron can still sell for several thousand dollars at a good auction. With this in mind, it’s probably a good idea to know how to identify the good stuff! There are five things to look for:

First, check the alignment. On modern reproductions the mold sections are often not properly aligned before they are locked together. 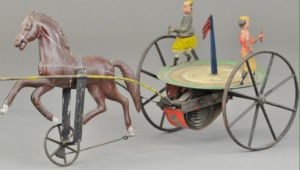 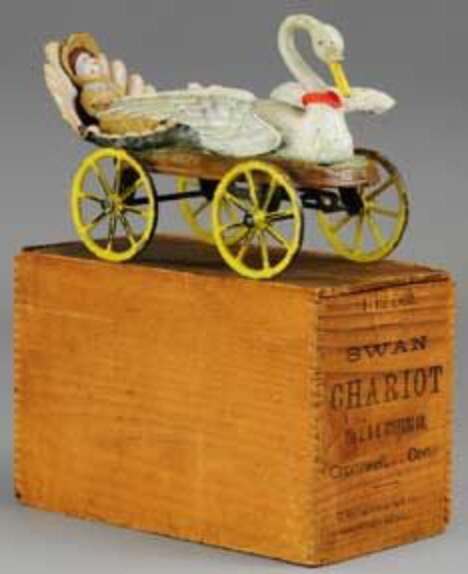 Second, check the seams. Look at how the separate pieces of cast iron fit together. The seams between pieces on most early cast iron toys are so tight that they might even be hard to find. On the new fakes, there are often large gaps. 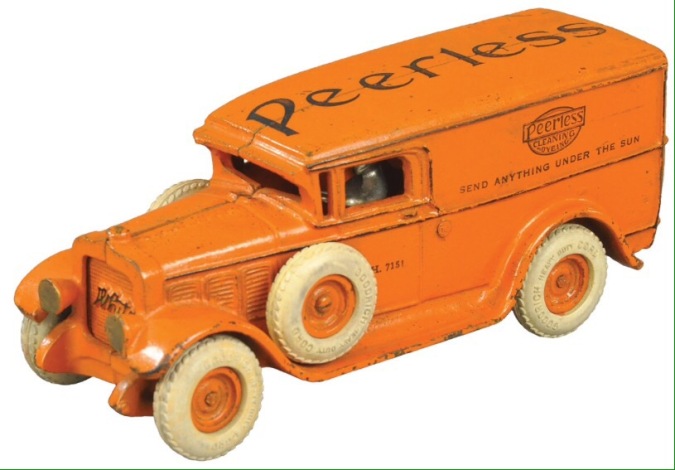 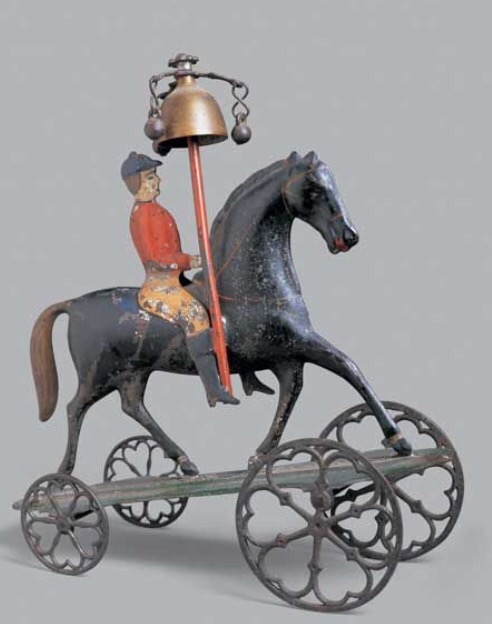 Third, check the surface. In early cast iron, the molds were formed from very fine sand. That light sandy texture can still be felt, but it is very fine and uniform. On newer pieces you will find areas with a coarse surface.

Fourth, look at the paint. Paint is one of the most important points to look at. It’s difficult (but not impossible) to fake the look of old paint. On old pieces the paint is thicker, the color is brighter, the surface is shiny and hard.

Fifth, look at the bolts. On an old piece the bolts will be so flush to the surface that you almost don’t see them. On a new piece, they will often stick out from the surface. And, if you see Phillips head screws – look no further! That’s a fake! 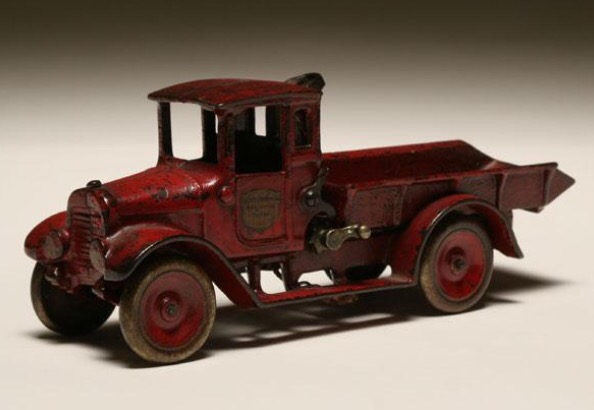