Homer Laughlin’s vintage Fiesta red dinnerware? Is it really radioactive? And is it really red? I’ll answer the second question first. Collectors of early Fiesta know that Fiesta Red (some call it radioactive red) is not really red. Not “fire engine” red or “barn” red. Nope. It’s orange/red. With the emphasis on the orange. Why it was called red instead of orange is something of a mystery. 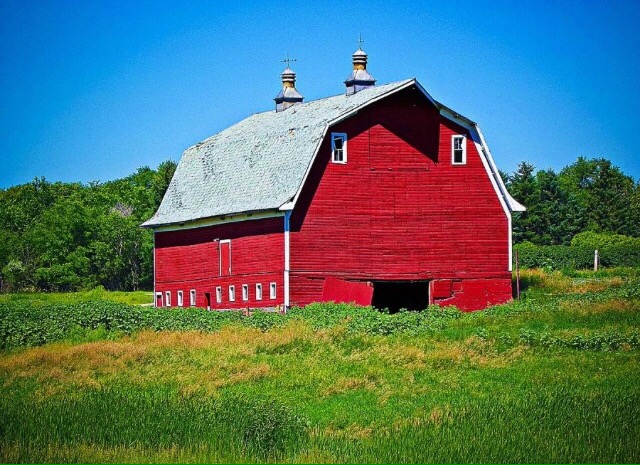 Yes, this is red

And this is red!

And this is orange

As to it being radioactive, on March 16, 2011, the Homer Laughlin Company posted this statement on its website, in response to a Good Morning America broadcast about radioactivity in the home: 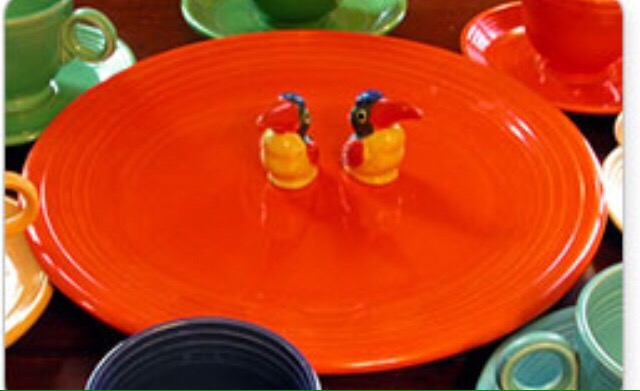 “Included in the Good Morning America report was a product that has not been sold in the market for nearly 40 years, Antique/Vintage Fiesta dinnerware. The anchor narrating the segment passes a radiation measuring tool over several products including the Antique/Vintage Fiesta plate that was produced nearly 70 years ago. The narrator also stated that it was taken off the market because when people heard about the uranium in the glaze, they did not want to buy the product. In fact, The Homer Laughlin China Company stopped manufacturing all Fiestaware in 1972 because of low sales. The product that was used within the segment has been discontinued and has not been available for close to 40 years time. Fiesta today is frequently tested by federally licensed independent laboratories and is lead free, microwave/dishwasher safe, oven proof and made in the USA. . . .
Prior to World War II, it was common practice for manufacturers of ceramic dinnerware to use uranium oxide in color glazes. The Homer Laughlin China Company was no exception, using this material in the original “Fiesta Red” glaze, among others.
In 1943, the U.S. Government stopped all civilian use of uranium oxide because available supplies were needed for the war effort. Homer Laughlin stopped producing the red glaze color at that time and for that reason. Nonetheless, this interruption in production is believed to be the source of the rumor that Fiesta’s red glaze was removed from the market because it was radioactive. In truth, the red glaze emitted far less radiation than some other consumer products. Following the lifting of wartime restrictions, Homer Laughlin again began producing the red glaze in the 1950s, using a depleted grade of uranium oxide.
Homer Laughlin stopped all use of depleted uranium oxide in 1972 and it is not used in Fiesta Dinnerware which is produced today.” 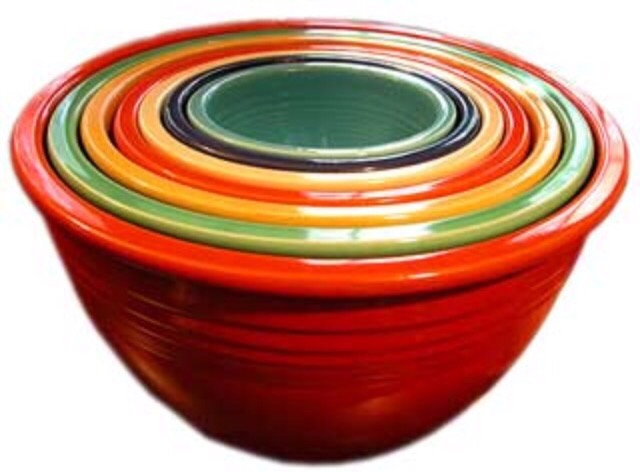