When I was in elementary school in the mid twentieth century the Valentine’s Day tradition was to give virtually every kid in your class ( and your teacher) one of those cute little flat cards of the era. For our mothers and other special relatives we usually made hand made cards. It was lots of fun and I’m so thankful that so many people saved their cards so we can still enjoy them and collect them today.

But how did this all start? What is the origin of Valentine’s Day?

It started with the Romans. From Feb. 13 to 15, the Romans celebrated the feast of Lupercalia. The men sacrificed a goat then “whipped” women with the hides of the animals they had just slain.

Those wild and crazy Romans!

Young women would actually line up for the (usually drunk) men to hit them. They believed this would make them fertile. 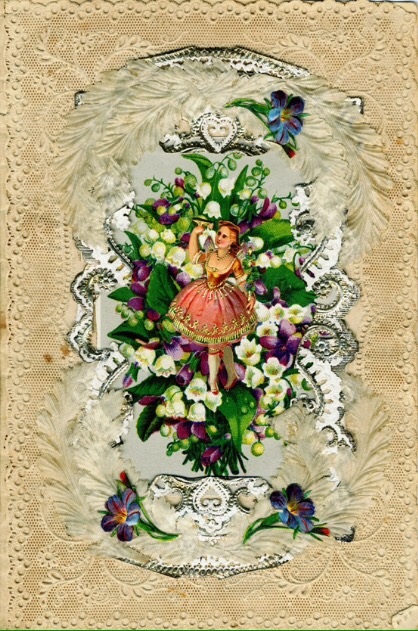 The ancient Romans may also be responsible for the name of this modern day of love. Emperor Claudius II executed two men — both named Valentine — on Feb. 14 of different years in the 3rd century A.D. Their martyrdom was honored by the Catholic Church with the celebration of St. Valentine’s Day.

What could be sweeter than the seven dwarves!

As the years went on, the holiday grew sweeter. Filled with stories of love. No more whippings with animal hides. Chaucer and Shakespeare romanticized the day in their work, and it gained popularity throughout Europe. Handmade paper cards became popular in the Middle Ages.

Eventually, the tradition made its way to America. With the industrial revolution of the 1800’s came factory made, but usually intricate time-intensive cards.

And then, in 1913, Hallmark Cards of Kansas City, Mo., began mass producing Valentine’s Day cards. So this February 14th you can enjoy your chocolates, your flowers, your cards, but also a little Valentine’s Day history. Ah … love (and knowledge) is in the air …