Most of us who live in Tucson have enjoyed the Festival of Lights in the magical Winterhaven neighborhood. But did you ever wonder how it all began? 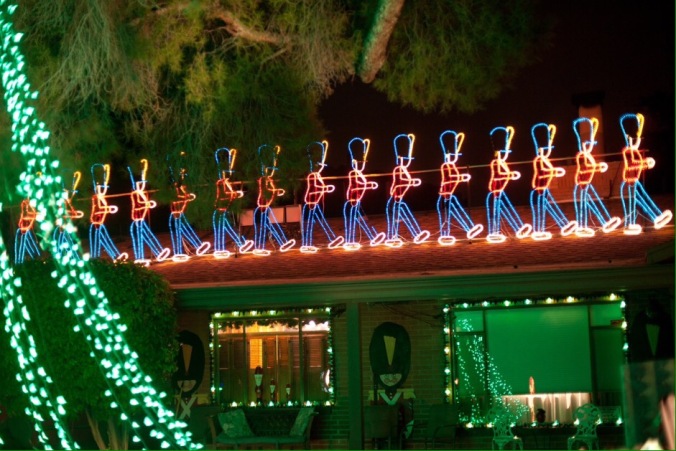 In 1949 Mr. C. B. Richards created a cooperative water company and a modern residential development *north* of what was then Tucson. He named it Winterhaven. That’s right. The Winterhaven neighborhood not only has the Festival of Lights for two weeks every December, but it also has it’s own water company. This is why most of the homes have green lawns, as opposed to the usual Tucson desert landscaping. The residents are required to use the water that is supplied to them at a relatively inexpensive rate to keep their lawns lush.

Mr. Richards was inspired to create the Festival after visiting a similar display in Beverly Hills, California in the 1930s. He purchased the first set of Christmas lights in 1949 and donated them to the neighborhoods. He purchased the now very tall Aleppo pines from a local nursery that was going out of business. They were planted at regular intervals throughout the neighborhood and electrical connections were hooked up near each tree for the Christmas lights.

So, this year, when you join the other 60,000 visitors to walk, bike, or drive through this sparkly, wonderfully enchanting, Christmas neighborhood, perhaps you’ll think of Mr. C.B. Richards and his wonderful light filled vision. 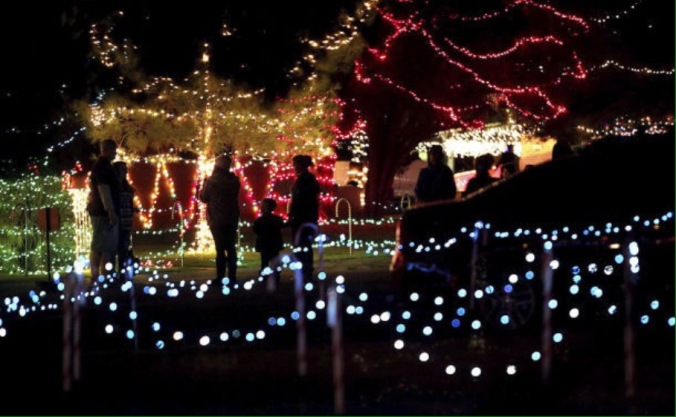